It started. (the parties…that is)

It was a whirlwind of parties, dinners, lunches and girl’s time. DD and I were invited to visit our East Side friends, then to a consulting group buffet. We got home at 11 pm on Saturday after, literally, a full day.

What the Hell was I THINKING? Isn’t there a general rule?

Don’t try out a new recipe for the first time & attempt to serve it or take it to a party.

So that’s exactly what I did. I took popcorn balls to my party. The stuff that didn’t actually turn into popcorn balls stayed at home for the guys and football. So, I ended up serving the brand new, untested recipe at two separate functions.

So here’s what I did: 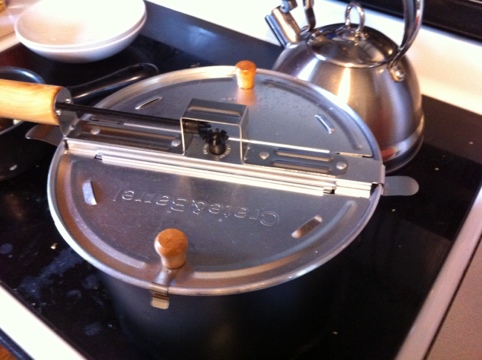 I popped two large bowls of popcorn.  I grated carmelized ginger, and also decided to use sesame seeds & chopped raisins as garnish.

Then I  lined two cookie trays with parchment paper.

Then came the tricky part.  I poured the boiling mixture over the popcorn & began to form the popcorn balls with my hands.  I’m a fan of greasing my hands with butter or margarine to do this.  Less sticky and less burny too.  I rolled the popcorn balls into the add-ins.  I let the balls cool on the parchment paper & wrapped them in small decorative bags to display and serve.

Any popcorn that doesn’t seem to want to be rolled into balls can be eaten as caramel corn.  Delish!

And this, after 2 parties, is all that’s left! 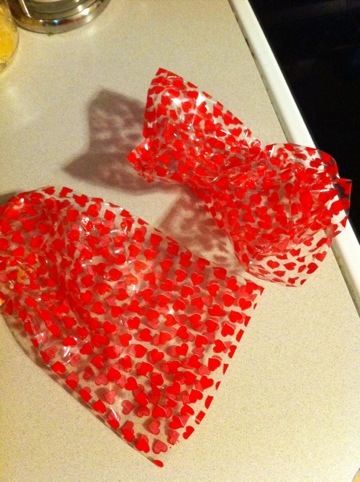