My best friend from design school is nicknamed “The Hammer”, I still call her that occasionally. We also have the same nickname for each other, which is “Butthead”. I know, there’s a special someone in my life who calls me “Butt”. I know, I know. 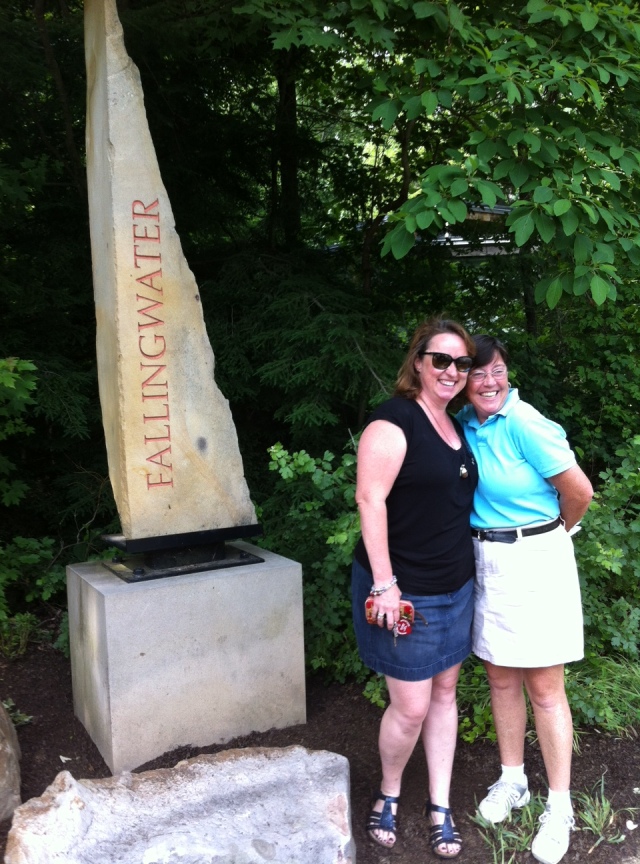 So way back when, we decided we wanted to visit Fallingwater in the Laurel Highlands of Pennsylvania and we wanted, for sure, to go on a trip to the Galapagos Islands. So there you have it…we started our bucket list at the tender age of twenty.

We finally, finally, finally went to Fallingwater. She and her brother drove to PA from New Jersey and DD and I drove from Cleveland. DD and I stayed at the Summit Inn, which is creepily reminiscent of The Overlook Hotel featured in The Shining. The Summit Inn is beautiful, luxurious and it closes for the Winter Season. I kid you not. Closes in Winter.

I’ll write more about the Summit Inn in a later post. 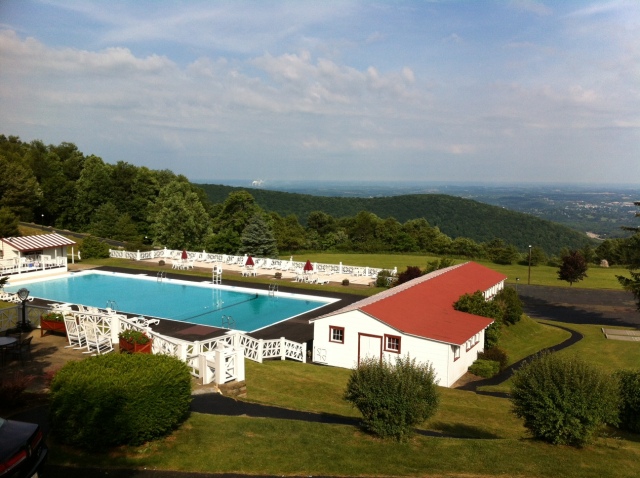 Butthead and I studied modern architecture and interior design. We’ve wanted to go to Fallingwater for the last twenty years or so. We got the in depth 2 1/2 hour tour scheduled for the end of the day. It was in depth. It was probably longer than 2 1/2 hours. We got to see everything. Including the basement, the “garages” and the guest house. The bedrooms in the guest house are now are a working office for the Fallingwater staff. Seriously, can you imagine working in a National Landmark building designed by Frank Lloyd Wright? Possibly the Best Job Ever. As a bonus, the guest house has a pool.

Why am I telling you about the Guest House when I can tell you about the house? Looking at the House after studying it and having photos and books about it, is kind of mind blowing. There it is. Perched on top of a waterfall, tucked into the woods. It is so beautiful and dramatic, it almost looks like a mirage. You look at it and think it can’t be real. 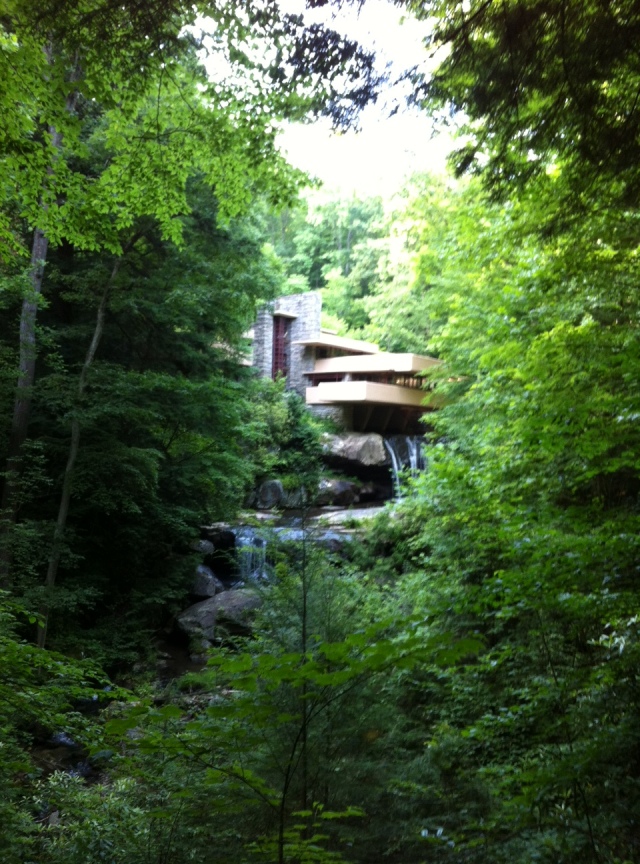 I experienced something similar when I went to Grand Canyon. I know, I know. I just compared Fallingwater to the Grand Canyon. In terms of the beauty of nature, well, there’s no real comparison. But when I looked over Grand Canyon, it was so amazing and beautiful and enormous that it didn’t seem real. I felt almost the same thing looking at Fallingwater.

Some of the details that really struck me:

The rock is about the coolest thing. You can see it near the bottom middle of the photo below. The rock was not removed, the structure was built around it and with it. The rock appears in three rooms in the home. It’s a shelf in the kitchen, it’s part of the hearth and floor in the living room and it also appears in the basement as a wall. Genius! 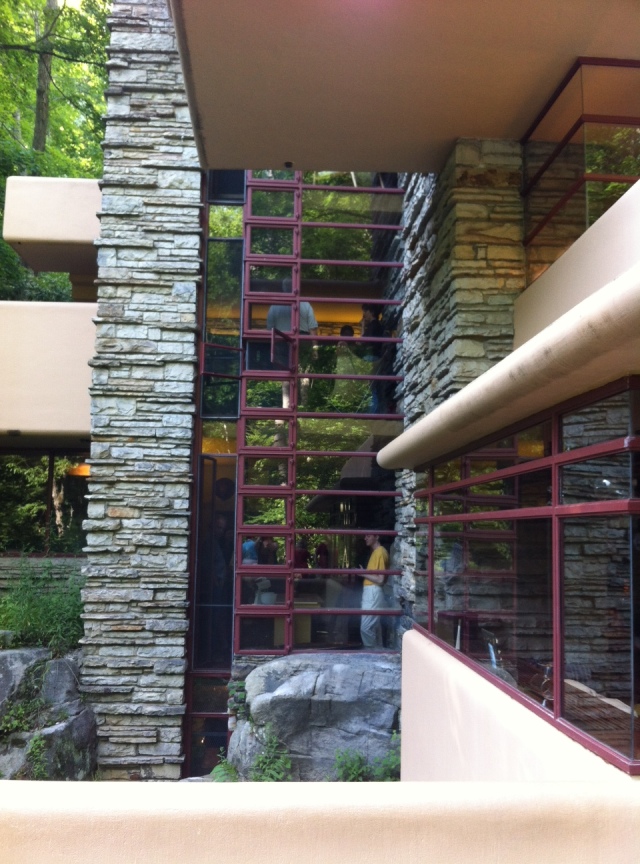 As a wrap up of the tour, we hiked into the woods out to the View. This is the classic view of Fallingwater. We really didn’t want to leave. And believe it or not, we’re planning our next trip. We’re going to go back.

a little pellet of hell
View all posts by hellpellet →
This entry was posted in Shenanigans. Bookmark the permalink.