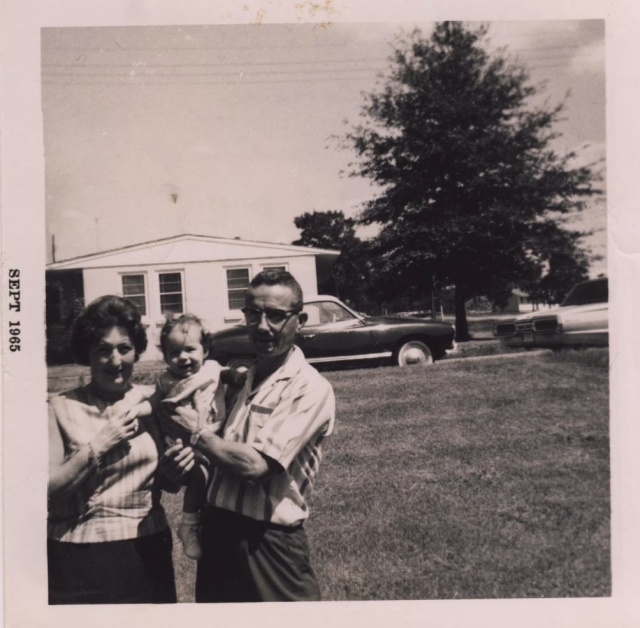 I’m just about half of 90 right now.  That’s stunning to think about.  I can’t really imagine living to twice what my age is now.  But it happens.  My Grandmother died at age 93.  A very dear friend’s Grandma passed this year at age 99.  Aunt Anne died at age 94 or 95.  And my last living Grandma just died recently, she was 84.  A youngster!

I have boxes upon boxes of photos of her life, the fun times when she was dating my Grandfather.  I have all the photos of my Father and my Aunt growing up in the 40’s and 50’s.  I remember Grandma telling stories that Grandpa didn’t have to fight in World War II.  It was something about the perfect timing of the birth of my Dad in 1940 and then my Aunt in 1944.  When my Aunt was born, they were living in Columbus and Grandpa was involved in the war effort.  He worked at the airbase helping fabricate and design fighter planes.  He was also a pilot and got to test the planes he was making.She said she and her brother always had nice clothes to wear, they were handed down from rich cousins.  But they had to put cardboard in the soles of their shoes, because their shoes did wear out.  Her father, Rufus, was a door to door salesman.  He must have been pretty darn good at it too.  Because they kept afloat on his earnings.

What would it have been like to worry that your husband was going to be sent to war?  Only to be saved, in the nick of time, by contributing to the war effort, then by the birth of another child?  I’m sure she didn’t worry at all.  She wasn’t like that. 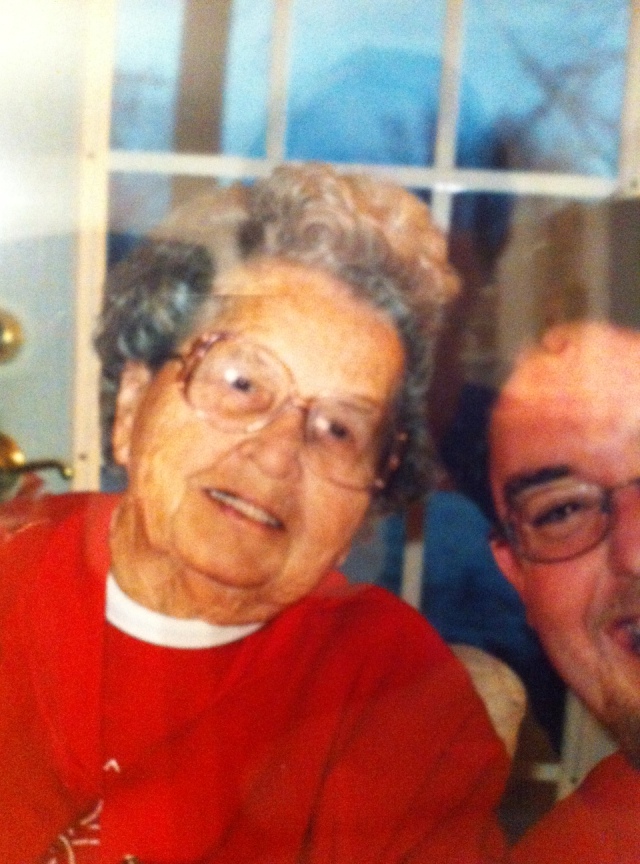 She loved to tell stories about raising 2 kids in the 50’s.  My Dad was a nerdy, smart kid with a few close friends.  My Aunt was a socialite and I think Grandma loved living vicariously through her popularity, boyfriends and crowning as Homecoming Queen.  I imagine there was always rock n roll blasting from the record player and Dad’s engineering projects littering the family room, the garage and back yard.

No one was really allowed to sit in the Living Room.  Maybe on a special occasion, a holiday or when special company was in town.  And God Forbid, don’t touch the drapes.  They were off-white silk and the pleats were Just So.  It was a “walk through” room on the way to the bathroom and bedrooms and not much else.  Oh yeah, it was a show piece too, who am I kidding?

The 70’s were a fun, busy time for Grandma and Grandpa.  They chose to raise me and I think I kept them young, on their toes and hipper than most Grandparents.  We went on our annual trip to the North Carolina for furniture market in the fall and continued to Florida for a week or two with Aunt Alice.  Grandma’s Aunt Alice.  Aunt Alice seemed pretty old at the time, I was 7 or 8.  In reality, she was much younger, maybe in her 70’s.  I got to be away from school for 3 or 4 weeks every school year and I was always thrilled for the road trip.  (I completed all my homework assignments in the car before we even got to Florida)

Grandma taught me to tie my shoes on one of these early trips South.  She taught me how to count, how to do my ABC’s.  She also read to me nearly every night and that taught me to love reading.  She also taught me, inadvertently,  to hold my ground, to speak my mind and to be persistent.  Another thing?  She was a pile maker, a paper “piler”, and so am I.  She was an amazing seamstress and tailor and she taught me that as well. 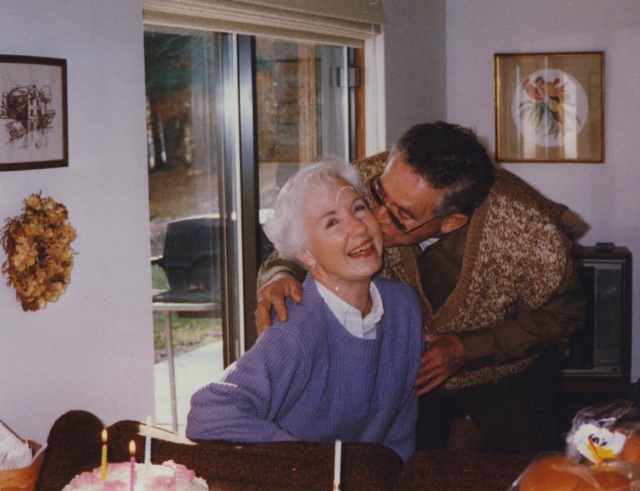 She was amazingly funny, which is something most people don’t know.  She and her friends mimeographed and passed around off-color jokes and funny chain letters.  She saved them all in her ornate secretary desk.  She finally showed them to me when I was in college.  We laughed for hours as we read them and told each other naughty jokes.  She almost always had a ready giggle or laugh when I had a new absurd story to tell her.

She loved socializing, being in groups or clubs and probably never missed the opportunity to go to one of her high school reunions.  She was in two singing groups into well into her 80’s.  She played bridge and pinochle for most of her life and belonged to her Hobby Club for at least 45 years.

The last home she had was in a nice assisted living home.  She went to the scheduled activities nearly every day.  She went to the dining room for lunch and dinner without fail.  Her breakfast was delivered to her every morning because she had to do her hair and put on her makeup before she would step foot in public. A 9 am breakfast was just too early!

I knew it was close to the end.  She stopped doing the things she liked to do, the things she normally wanted to do.  Grandma without social activities was not Grandma at all.  I’m not going to say she gave up, no not at all.  But she knew it was time…and fortunately for her, it didn’t last more than 6 weeks.  All the things she cared about fell to the side one by one.