Gluten free and my damn phone

I’m tough on phones.  Oh yeah, rough.
I still have my red flip phone from Cingular days.  It still works too. 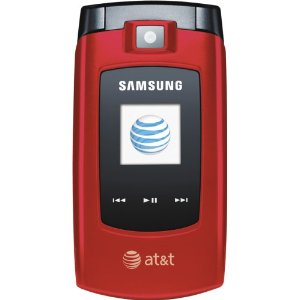 After that gorgeous phone?  Ugggh.  I had a Blackberry that I sent through the wash in a pair of track pants. (I was tipsy doing my laundry.  Sue me.)

I dropped my iPhone 3G enough times to separate the screen from the back.  Luckily that phone fail was during my “re-up” time so my upgrade to the iPhone 4 was somewhat tolerable.

Yes, I had one of these beasts. It still works.

The iPhone 4 lived a pretty decent life.  I had it for 2 years and 3 weeks.  I had it in the pocket of my jeans and went to the bathroom at the Winking Lizard.  I had finished my business and was reorganizing myself when I heard a heavy dropping sound.  I turned to see my phone in the toilet.  It’d been in the water mere seconds.  That damn phone worked for about 45 minutes after the impact with the toilet water.

My screen has been releasing from the case almost since I bought it.  No bigs, right.  It’s still on.

All was well until I had a craving.

I’ve been gluten free for 4 years  (I don’t have Celiac) and I  really try to stay compliant.  Sometimes I get a jones though and am willing to pay the price.  Bob Evans biscuits are one of my things.  I hopped in my car after work, I was starving.  I remembered I had a Bob’s Biscuit in my car.  The “Buttery Spread” (not actually butter) packet was warm.  What would be more delicious that a couple of bites of biscuit with warm “Buttery Spread?” (Not actually butter)

Someone cut me off in traffic, I had to swerve.  The “Buttery Spread” (not actually butter) went flying as did the biscuit and my phone.

All three things ended up in a pile on my car mat.  The “Buttery Spread” (not actually butter) had run down the edge of my phone and had gotten trapped under my phone cover.

a little pellet of hell
View all posts by hellpellet →
This entry was posted in I <3 the Internets, it turns, Technology and tagged drop, flip phone, iPhone, Iphone 3, iPhone 4, iPhone 5C, opps, spill, water contamination, water hazards. Bookmark the permalink.